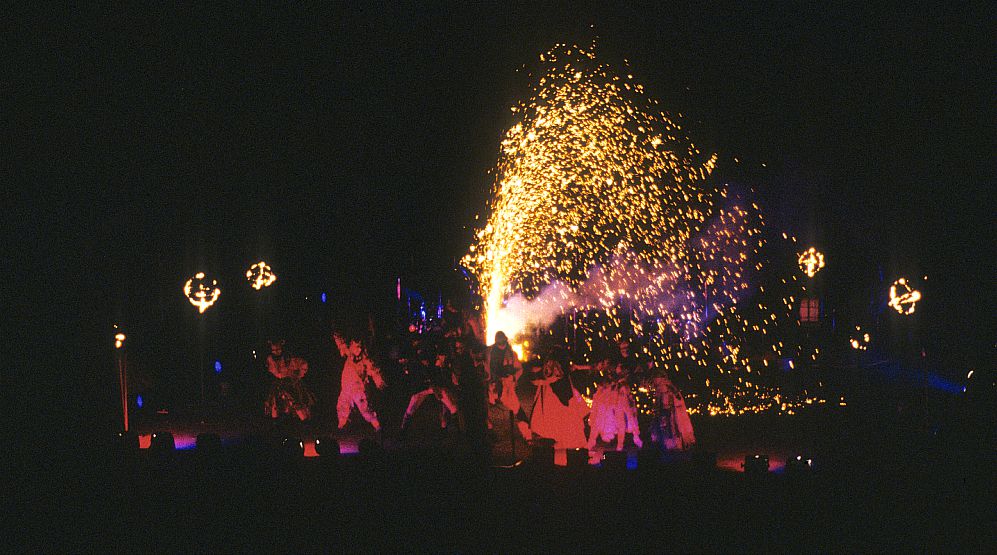 The Festival celebrated its 20th birthday. A distinct focus was placed on the harbour precinct stretching from The Rocks around Circular Quay to the forecourt of the Opera House, an area which came alive with visual and performing arts every evening of the Festival.

Els Comediants presented The Devils, a thrilling event replete with fireworks and crazy theatrics. The event came with a warning of not being suitable for young children, the aged or infirmed, as members of the audience would dance beneath the fireworks that showered over the crowd.

The talk of the town could be found on the front lawn of the Museum of Contemporary Art, with Jeff Koons’ Puppy gazing over Circular Quay, covered in more than 50,000 blossoming plants. Inside the MCA, their Foundation Hall became the Festival’s bespoke cabaret space.

The history of firsts continued with Philip Glass, the most successful living composer in the world, appearing in his first solo performance in Sydney, with music for solo piano dating from 1976 to present.

The Steward Of Christendom
By Sebastian Barry
Director: Max Stafford-Clark
With Donal McCann
Out Of Joint, Royal Court Theatre

Legs On The Wall

Out Of The Frying Pan
Composed and devised by Linsey Pollak
Directed by Chris Willems
Performing Lines, The Queensland Performing Arts Trust

The Commission/The Aboriginal Protesters Confront the Proclamation of the Australian Republic on 26 January 2001 with a Production of The Commission by Heiner Müller
A play by Mudrooroo with text by Heiner Müller
Directed and designed by Noel C. Tovey
Original concept and dramaturgy by Gerhard Fischer

Art out of Doors 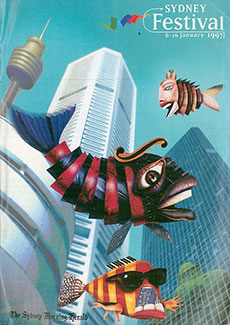 1997
Festival Archives
1997
In his third and final year as Festival Director, Anthony Steel pulled out all the stops with Kelly’s Republic, staged on the Sydney Opera House forecourt. It was the largest work ever commissioned by the Festival, and one of six world premieres of Australian theatre productions. 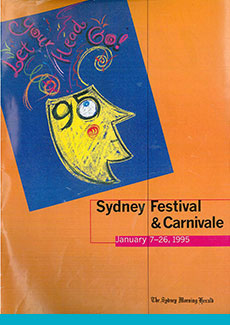 1995
Festival Archives
1995
In 1995, Anthony Steel was appointed Festival Director and was only the second person to lead the Festival of Sydney in 18 years.