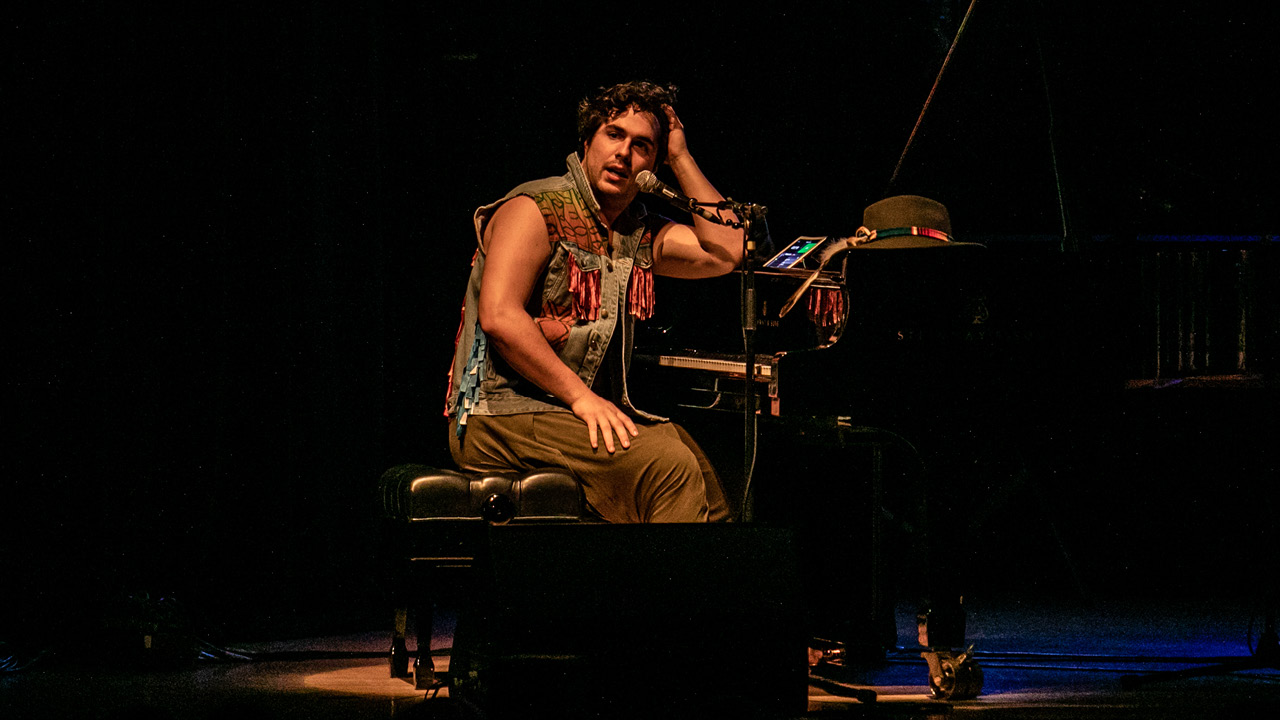 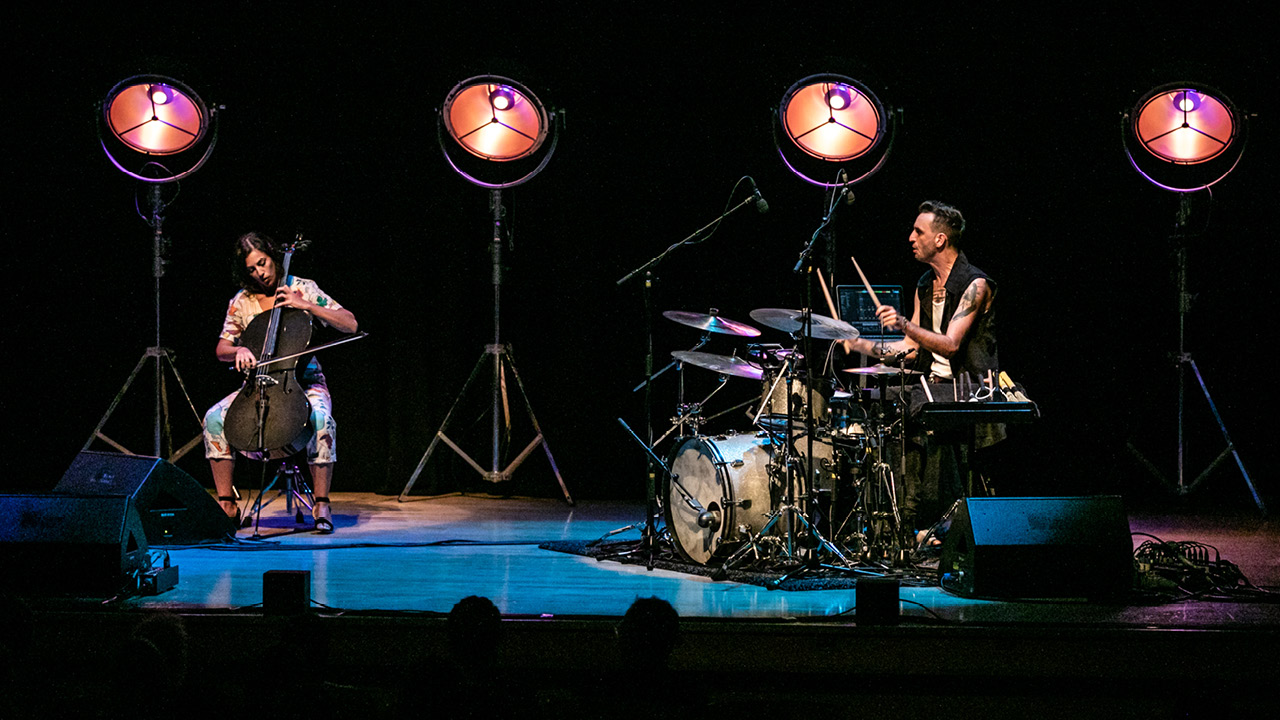 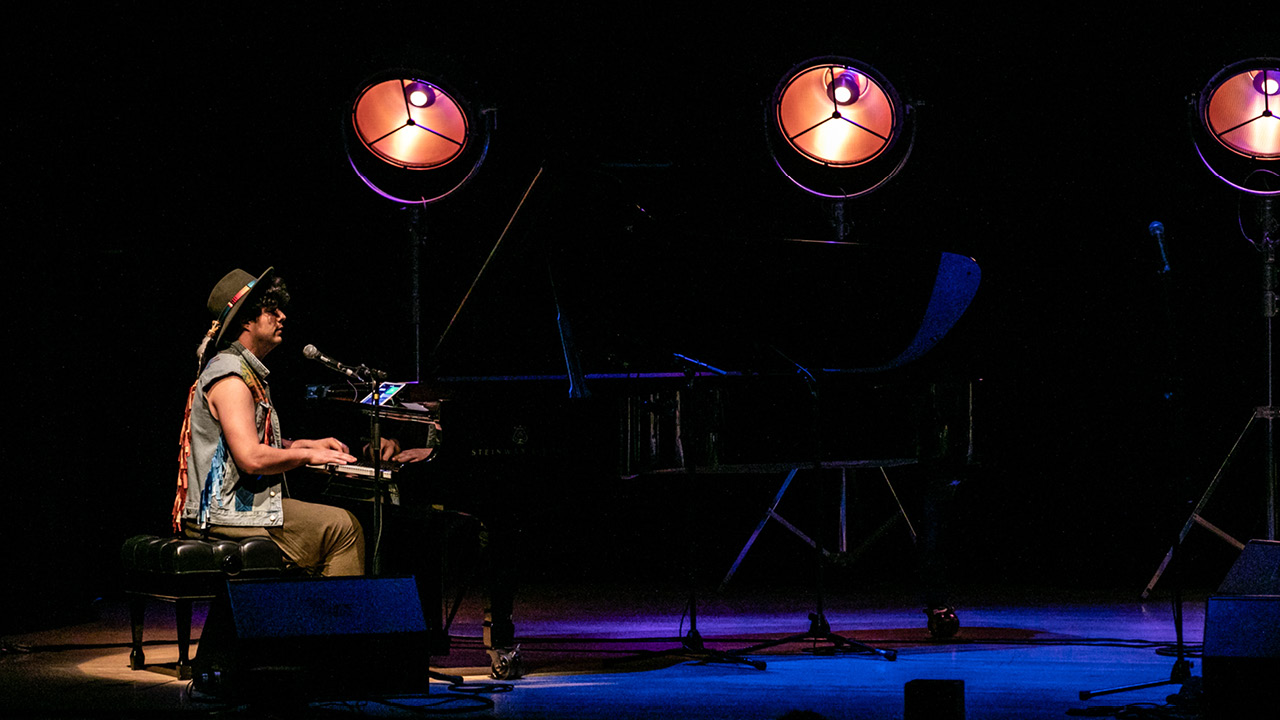 What Zach 'Beirut' Condon did for Balkan folk and Anohni did for electronic neo-opera, Jeremy Dutcher is doing for the traditional songs of his ancestral Canadian First Nation, reworking the music into soaring contemporary arias and pop-operatic ballads.

A Wolastoqiyik member of the Tobique First Nation in New Brunswick, Dutcher studied music at Dalhousie University. With the guidance of his mentor, Elder Maggie Paul, Dutcher researched archival wax cylinder recordings of music by his Wolastoq ancestors, and was inspired to re-arrange the rare, often-dormant music into a reverential “avant-garde neo-opera” (The Guardian).

Singing in Wolastoqey language spoken by his mother and grandmother, Dutcher’s sonorous tenor recalls Beirut and Anohni, while his re-arrangements veer from Western classical and neo-operatic to jazz and trip hop, woven together with powerful samples of the original field recordings.


"Mehcinut has the anthemic punch of early Sigur Rós; Qonute hinges on jazzy electric piano to create smouldering trip-hop; and Koselwintuwakon, with its droning organ and layered vocals, has a hymnal feel" – The Guardian

"A remarkably passionate performance that was very 21st-century, with a deep nod to a century past… There is no one making music like this 27-year-old, classically trained opera tenor and pianist" – NPR