Naabami (thou shall/will see): Barangaroo (army of me)
PAST EVENT

PAST EVENT
PAST EVENT
World Premiere
Commanding portraits of First Nations women and girls
"There was one Yura woman who the British officers found very striking, and a little frightening too: Barangaroo." (1)

Naabami (thou will/shall see): Barangaroo (army of me) honours Barangaroo, renowned for her fisherwoman skills and her standpoint as a steadfast First Nations woman who determined how she would live and die on
First Nations traditional lands during a time of immense upheaval and overwhelming change.
Large-scale photomedia portraits of contemporary First Nations women and girls reflect diverse representation of Barangaroo’s ongoing inspiration, cultural continuity and connection to spirit and place.
Barangaroo, the Cammeraygal woman, acts as a constant Ancestral guide for this artwork which responds to her namesake site – reclaimed and reconstructed land on Warrane (Sydney Harbour) – situated opposite the island homeland of her husband, Bennelong, Me-mel (Goat Island).
First Nations names, clans, nations and language words are used as place names throughout Australia often with minimal reference to the source. With the naming of the Barangaroo Precinct the Cammeraygal woman who inspired its selection for this newest part of Sydney’s CBD was acknowledged. No matter the new buildings and geographical reclamation, re-landscaping or layering that occurs, the spirit of Barangaroo is omnipresent, embedded into the cultural DNA of this area, irrespective of the un-naming, naming and re-naming of contested sites.
The portraits involve 19th century wet plate collodion and digital processes - ancient cosmologies, old technologies to reinvigorate and reimagine.  Stripped back, raw, strong in stance and knowledge, the portraits are revelatory - 21st century First Nations women and girls standing not only as avatar-sentinels of a staunch 18th century Cammeraygal woman, but as contemporary sovereign warriors.
Barangaroo’s role as a cultural negotiator at the time of first colonial contact makes her as relevant today as in the late 18th century, more than 230 years after her death.
As a contemporary First Nations’ woman (Gurindji/Malngin/Mudburra Peoples), I have lived most of my life outside my patrilineal ancestral lands of the Victoria River region in the Northern Territory.  As a visitor on the customary clan homelands of other First Nations’ peoples I pay my respects and acknowledgements to the Traditional Custodians on whose unceded sovereign lands I am privileged to live, work and travel through. Always was, always will be.
(1) Grace Karskens, The Colony, a history of early Sydney, Allen & Unwin, 2009, p. 401.
Free Visual Arts & Installations 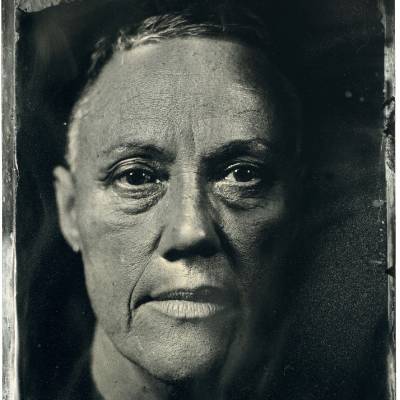 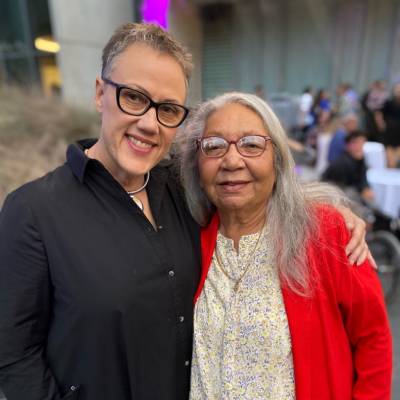